Former breeding stallion Blue Hors Dreamline, who has recently been ridden by young Anders Hoeck, has been sold to the new young talent Amalie A. Bang
13. March 2020Offspring 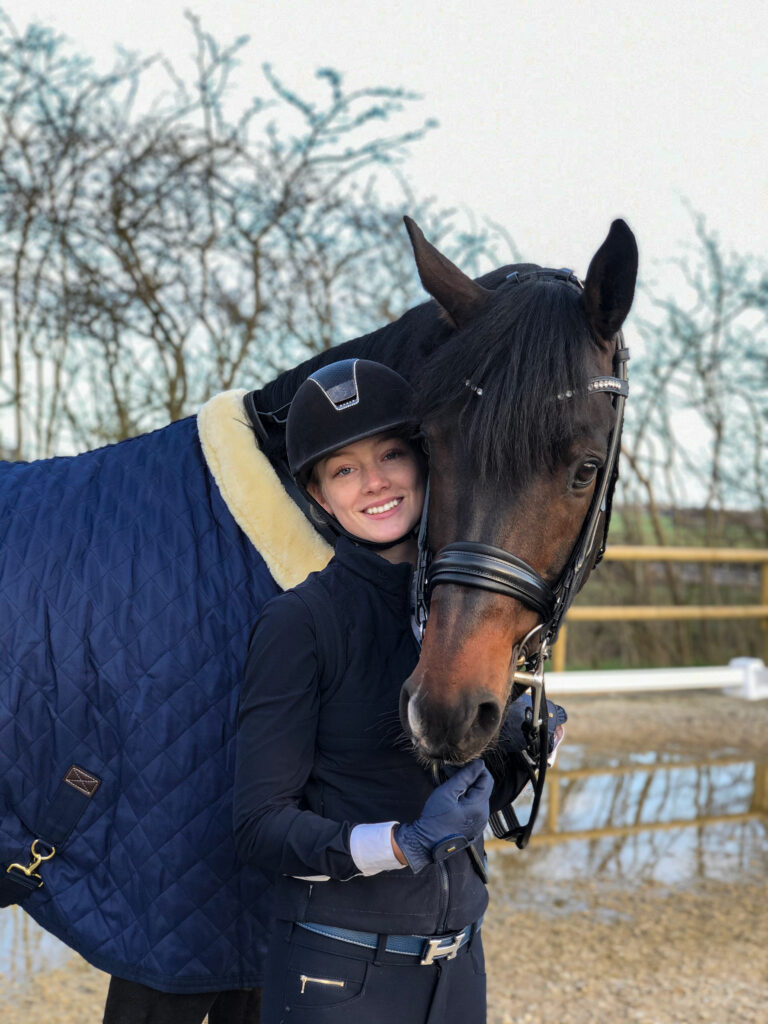 Amaile A. Bang is a young talented rider who has just finished her pony rider years.

On a daily basis, she attends 1st grade at Marselisborg Gymnasium in Aarhus. Amalie is part of Team Denmark, which means that she has the opportunity to ride at the high level, alongside attending school.

During her time as a pony rider, she has achieved i.a. a bronze medal for teams at the Danish Dressage Championships in 2018, as well as an individual 12th place at last year’s Danish Championships.

Amalie was looking for a horse that would accompany her into her new show period as a Young Rider. She tried several different horses, but only when she met Dreamline did she know she had found the one.

Dreamline by Blue Hors Don Olymbrio/Blue Hors Hotline grew up at Blue Hors and was named premium stallion at the stallion licensing in Herning in 2015 . In the 2017 season, he was rented out to the German state stud Warendorf, where he worked as a breeding stallion, until he came under the saddle of Anders Hoeck last summer.

“He has a fantastic personality, he is present, attentive and curious – he follows me with his eyes wherever I go.
Riding him is like a dream. He has super cool gaits, he is easy to sit, and he just gives the coolest feeling“

Out to show off

The new couple rode their first show together, already after a month of working together. It became a 1st and a 3rd place in MB0 with over 70%, at the competition in Kolding back in January. Amalie says that they have plans soon to go out and try to ride their first MB1 together.

“He was still a stallion when we showed in Kolding, but he was incredibly sweet and did not spook at all. He was just ready for the task and very attentive to me – it was a great experience “

Amalie is looking forward to seeing what the future brings. The dream is to get out to start internationally, however, she emphasizes that the most important thing for her is that Dreamline is happy, healthy and well.