On Wednesday 3 August, this year's prestigious Herwart von der Decken-Schau took place in Verden, Germany. Blue Hors was represented this year by the mare Lillifee, who was directly selected for the Hanoverians' elite show earlier this year (video)
4. August 2022Licensing 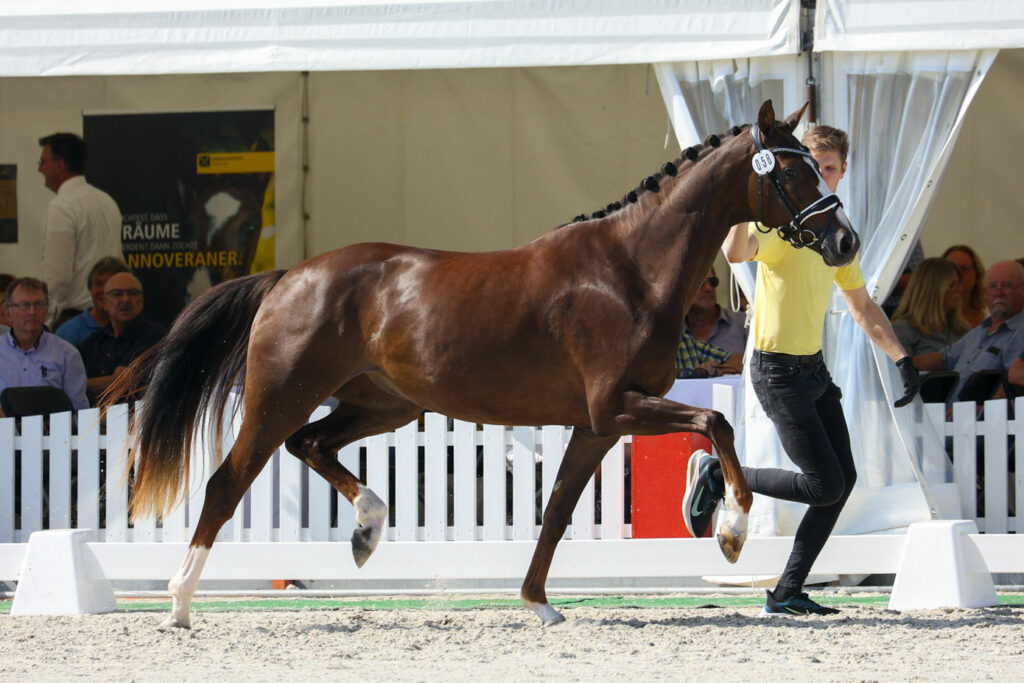 Our chestnut mare, Lillifee (by Livaldon/Dancier/Wolkentanz, breeder: Holger Koelmann), was presented by hand today in front of a judging team from the Hanoverian Association in Verden – and she did so well that she was selected for the final!

Back in June, Lillifee was voted ‘Best Mare of the Day’ at the Hanoverian Association’s mare judging in Billund, where the judges awarded her with, among other things, the grade 9.5 for trot and 8.5 for canter!

For those who don't know, the Herwart von der Decken-Schau is the German Hanoverian Association's elite show for the association's very best young mares.

At the Herwart von der Decken-Schau, the year's best mare is selected after being invited to the prestigious event through a remarkable participation at the association's regional mare shows.

The first dressage mare to enter the triangle was Hann.Pr.A. Barcelona, whose performances secured her the title of Reserve Champion. The Blue Hors Baron/Don Diamond daughter, bred and owned by: Herbert Linz, is a very special mare who proved herself nicely and with good rhythm to the judging panel; Ulrich Hahne, Heike Kemmer and guest judge Sönke Rothenberger