Placing 4th on the first day, Nanna and Orthilia were extremely ready for friday's competition at World Cup Lyon, where they achieved a 5th place in the strong field of top riders!
28. October 2022International 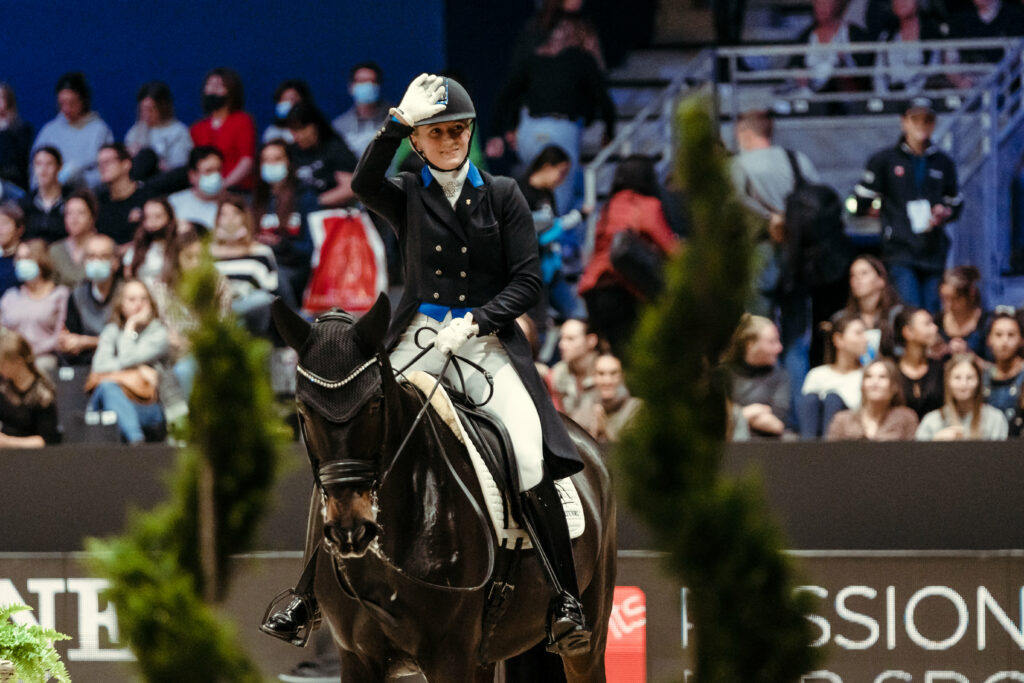 Blue Hors rider Nanna Merrald Rasmussen and groom Elise Rensink went directly from World Cup Vilhelmsborg to World Cup Lyon, where on Thursday morning Nanna rode the Grand Prix on the mare Atterupgaards Orthilia (by Gribaldi/ Donnerschlag, breeder: Kristine Much Nielsen).
It is not the first time that Nanna and Orthilia participate in the World Cup Lyon, as they also went last year. The show suits the team well, and we saw a well-functioning and concentrated Orthilia who had a flawless ride with especially the passage and the piaffe work as her highlights. The score ended up at a great 74.369%, which put Nanna and Orthilia ahead of the dressage queen Isabell Werth, who rode her Emilio. In the end, they achieved a nice 4th place, which set the bar high for friday’s Grand Prix Freestyle.

Fifth place in a strong company

It resulted in two great placements for Nanna, Elise and Tille at the World Cup Lyon, who, among several of the world’s best riders, really managed to mark their enormous strength
With a great 78.930% in the Grand Prix Freestyle, it was a well-placed team that took an impressive fifth place